The Logistics Environment in India

The International Trade in India is growing at a strong rate and so there is a need of simplified and better infrastructure to complement to the growth. Lot of measures have been taken by the Government in this field by increasing the Rail and Road network, Development of the New Sea Port/Airports and Modernisation of existing Sea Ports/Airports. 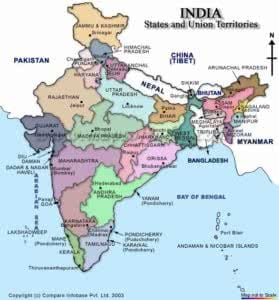 India forms one of the biggest piece of land into a body of water. These twelve major Indian Ports are handle a large volume of cargo traffic and container traffic. There are total 13 major sea ports of India,out of 12 are government and one, Ennore port of Chennai is the corporate one. Ennore Port is one of the major port of India located at Coromandel Coast of Tamil Nadu state along with Kakinada Port and private Krishnapatnam Port and Mundra Port.

Most of the Northern Cities are connected with the Gateway Ports of the west coast line by Rail and Road. The Gateway ports are Nhava Sheva, Mumbai Port, Pipavav Port, Mundra Port and Kandla Port.

The Southern Indian Gateway Ports are Chennai Port, Vizag Port, Cochin Port, Tuticorin Port and the latest addition being Krishnapatnam Port. All of the South and parts of South East India is covered through these Ports.

The Eastern Part of India has two major Gateway Ports Kolkata Port and Haldia Port which cover all the Major cities of Eastern Corridor along with North East part of India, Nepal, Bhutan and few border areas of Bangladesh. 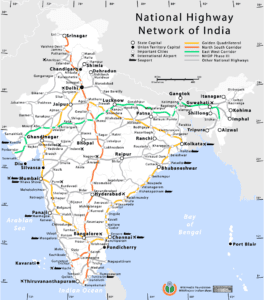 India has the second largest road network across the world at 4.7 million km. This road network transports more than 60 per cent of all goods in the country and 85 per cent of India’s total passenger traffic. Road transportation has gradually increased over the years with the improvement in connectivity between cities, towns and villages in the country.

The Indian roads carry almost 90 per cent of the country’s passenger traffic and around 65 per cent of its freight. In India sales of automobiles and movement of freight by roads is growing at a rapid rate. Cognizant of the need to create an adequate road network to cater to the increased traffic and movement of goods, Government of India has set earmarked 20 per cent of the investment of US$ 1 trillion reserved for infrastructure during the 12th Five-Year Plan (2012–17) to develop the country's roads. 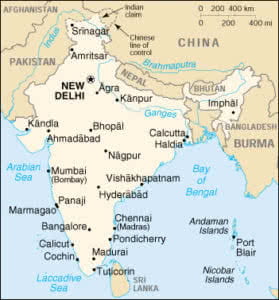 All the Major Cities are equipped with Airports in India, but the Major Airports which handle International Air Cargo are spread out covering the whole of India. In the North of India we have New Delhi and Amritsar, in the East India there is Kolkata, in the west there is Mumbai and Ahmedabad and in South there is Chennai, Bangalore, Hyderabad and Cochin. All of these Airports cover the whole of India and are very well connected with Rail and Road transport.

Import/Export Policy in India has now become more simplified which favors its users and provides easy access to the system. Let’s understand the process in a much simpler way.

The Customs Department in India is now 100% digitalized with no manual process which saves a lot of unproductive time and money. 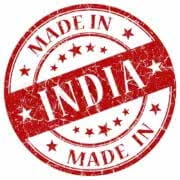 IEC is compulsory for import and /or exports within India. However, there are few categories of importers or exporters who are exempted from obtaining IEC like Government Departments/PSUs and Goods Imported for personal use by an Individual.

Imports into India is largely Free under the OGL (Open General License) with very few restrictions on products related to Narcotics, Wild Life , Arms and Ammunitions for which Import Licenses need to be procured.

Public / Private Customs Bonded Warehouses may be set up as per Customs Act, 1962, to import items specified. On receipt of goods, such warehouses shall keep these goods for one year without payment of applicable customs duties. Goods can be cleared against Bill of Entry for home consumption, on payment of custom duty and on submission of Authorization wherever required, after an order for clearance of such goods for home consumption is issued by competent customs authorities. In case of clearance against duty free categories /concessional duty categories, exemption/concession from duty shall be allowed.

Goods can be re-exported without payment of customs duty provided shipping bill or a bill of export is presented in respect of such goods; and order for export of such goods has been made by competent customs authorities.

Free Trade Warehousing Zones and SEZs are being promoted to simplify the process of setting up production or warehousing facilities largely to benefit the Foreign Companies with business interest in India and nearby countries.

Introduction of RMS (Risk Management System) has been the biggest development in the Import Clearance process. Under this only selective examination is done by the Customs on Risk Based Criteria accessed by the Computerized RMS system. This reduces the human intervention and fastens the clearance process to a great extent. Accredited Exporters and Importers are given this privilege on the basis of their performance and a Self-declaration submitted by them with the Customs.

Introduction of SAS (Self-Assessment System) is another move towards this initiative.

Under this the Importer or Exporter is allowed to do self-assessment of the Duty liability, classification of the product and Valuation of the Products in most of the cases unless there is a wrong declaration found in the Self Accessed Documents. This again reduces the dwell time which intern reduces the operating cost.

Agriculture and perishable products are given high priority clearance at all the major Customs ports in India which are fully equipped with the State of Art facilities. The FSSAI (Food Safety and Standards Authority of India) has made specific and focused provisions for faster clearance of Perishable products so as to avoid any loss to the related parties. The clearance of such products is now a matter of few hours provided all the necessary formalities are done on prior.

Introduction of DPD (Direct Port Delivery) by the Customs is another paradigm shift in the process of clearance. Under this scheme the Importer is allowed to take delivery of the product directly from the Port to his facility. This facility is though based on certain conditions pertaining to the Volume of business and so on.

The idea is to provide  faster means of clearance to enhance the overall productivity by reducing unproductive hours of work and the Customs department has been successful in doing this to a great extent.

Paper less trade under 24/7 environment is definitely a Boost to the Make In India initiative by the Government of India.

E Governance and Digitization is certainly a way to improve the Economy’s growth rate of the Country and boosts the business sentiments as a whole.

To accomplish this Government of India started the Trade Project

The e TRADE project facilitates users to carry out all their foreign trade related compliances, regulatory or otherwise, online. Department of Commerce pilots this project for effective implementation.

The project emphasizes automation of internal processes for quicker processing of trade requests. Transparency is induced in the system by reduced personal interface of importers/exporters with Government agencies.

India being a developing economy is undergoing a lot of changes which are visible and there is still a huge market in India which is unexplored thus underlining the prospects.